Posted on September 23, 2014 by Rajeev Balasubramanyam

Every day I continued to read. I finished Thich Nhat Hanh’s Understanding our Mind over several days, a detailed and, unusually for him, dense account of how our mind works. I read of the eight levels of consciousness, of which the first six are the senses:  sight, hearing, touch, smell, taste, and mind consciousness, our usual state that recedes only in deep sleep or unconsciousness. I learned about the eighth level – store consciousness – which contains the seeds of every feeling and emotion, every thought, every image.

Linking store consciousness to mind consciousness is manas, the seventh level, which selects seeds from store consciousness and constructs  a self out of them them, an ‘I’ with which it falls in love. Every day, seeds from our store consciousness manifest in the mind as mental formations; some, like anger, greed, hatred, and fear, bring suffering, while some, like love, compassion, and forgiveness, bring joy. What I was doing, I understood, was learning how to stop watering the seeds of fear and anger by observing these emotions with neutrality and mindfulness.

The practice of mindfulness is crucial for recognizing our anger, allowing it to be, touching it, and transforming it. Every time a negative formation is recognised, it loses some of its strength. That is why mindful breathing and walking, and using our mindfulness to embrace and recognise mental formations as they manifest is so important. We need the energy of mindfulness to take care of our anger in a safe way.

Manas, I read, believes that ‘This body is me’. And it does the same for anger, for feelings, for thoughts: it clings on to them, fashions a self, tries to fight against the flow of everything that changes from moment to moment, that is never still, never still, and it is this that causes us to suffer, to fear death, pain, and loss, to try to hold on to everything around us, or to run from that which is unwanted, unpleasant. ‘Life should not be this way,’ says manas. ‘This should not be in your life’, and so we suffer, oblivious to the truth that these undesirables cannot possibly be avoided – death most obviously of all. By meditating, we observe impermanence, disproving manas’s view in a constant self to which anything can belong; that instead, all that exists is this present moment  of awareness; that everything else is memory or projection. 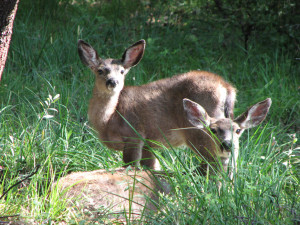 My fine and charming friends

On the morning of Day 13, I sat to give metta, as I have learned to do on the last day of a vipassana course.  Weary and depressed, I closed my eyes, and  found within myself a reservoir of love, peace, and compassion. I thought of everyone I knew, my friends, my family, my teachers – Thich Nhat Hahn, S.N. Goenka, the Buddha – everyone in the monastery – the deer the snakes, the lions, the mosquitoes – and I felt how they lived in me, how I was a part of them. I wished for nothing but peace and joy for all of us, free from suffering. Twenty minutes later, when I stood up, my body was vibrating with joy. Finally I was at peace; all the pain and torments of the last fortnight felt like bad dreams, which perhaps they were.

When I returned to San Francisco, there were moments when I found myself in real anxiety. There seemed nothing solid nor stable to hold onto: I would die; this was the only certainty. And if nothing was solid nor stable, then who was this ‘Rajeev’? Who was ‘I’?

I did not know. ‘Rajeev’ did not seem to be there anymore, and perhaps never was.

Of course, I still have an identity, and I still answer to my name, but this is only Relative Truth, and beneath it, there is something deeper, something formless: Some call it soul, others call it God; I simply think of it as awareness, and it feels so much bigger than this ‘me’ that I have spent my life believing in.

But I know that this will also change. I will feel anxious again, or  angry,  or fearful, or depressed or even despairing. Hopefully, however, I will be able to keep returning to this awareness, recognizing that it is always there, even when I feel like I’m falling apart.

Yesterday I was at a dharma talk at the East Bay Meditation Center, and heard about a lecture given by Thich Nhat Hanh during which someone stood up and began to verbally abuse him, accusing him of various wrongdoings. When his assailant had finished, Thich Nhat Hanh was silent for seven or eight minutes. He then explained that e he had felt so angry that he had needed those minutes to compose himself.

I gained great encouragement from this story. If Thich Nhat Hanh, nominated for the Nobel peace prize by Martin Luther King, still becomes angry, then it is surely all right for me to get angry, but like him, I must not act on that anger, must remember that it is impermanent and will pass, that beneath it is all is love, compassion, peace, and awareness. If I can do this, I will have done enough.