Posted on May 1, 2016 by Rajeev Balasubramanyam 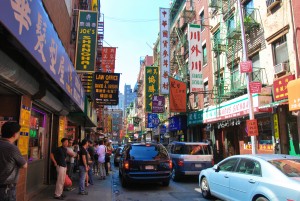 In a little under a month it all starts again. American Pilgrimage 2, the east coast.

This time I land in New York instead of LA, on May 26, and three days later I begin my stint as writer-in-residence at Brooklyn Zen Center. I’ll rise early every morning with the monks, meditate, help clean and cook, then disrobe and head into the city until sunset when I’ll return to the centre and to my meditation.

There’s an obvious irony about going to the nosiest, most capitalistic city in the world to practice meditation. But my feeling, which became stronger every day during my first trip, is that the greater the need, the more intense and interesting the response. And spiritual need may be greater in the United States than anywhere else. Trump is looming, and with him the specter of fascism, or something close to it. The alternative is Hilary or Bernie. Elm Street, Wall Street, or Sesame Street, as I like to think of it. But even if Bernie can’t win, he has made his mark, as have the Occupy and Black Lives Matter movements, the last of which exploded while I was there two years ago (Michael Brown was shot on my third day at Deer Park Monastery). To a limited extent, at least, America seems to be waking up to some of its own horrors.

But where does this leave meditation? Cynics would say it’s all just another lifestyle fad, another brand, another aspect of mass consumption, of hipster cool. It’s true that yoga and meditation are multi-billion dollar industries, and that the face of meditation, or mindfulness as it’s often called, is overwhelmingly white and middle-class. But I still believe that the transmission of eastern spirituality to the United States has been genuinely meaningful, if not revolutionary. Capitalism and greed aside, the basic equation still remains. 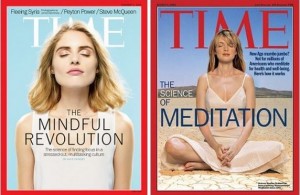 People suffer. And people want to be happy. This is the source of spiritual thirst. This is why I find it unlikely that spirituality will be subsumed by capitalism, diluted beyond recognition. It has a purpose to serve, a function. In any case, Buddhism has put down roots in the America. True roots. Strong roots. I know this because I’ve seen it.

Two years ago I spent  a lot of time in rural areas, mountains mostly, but the redwoods and the desert too. I made glorious friendships that have lasted and had conversations with strangers unlike any I’ve had before. I was in a different space at the time, and for this I have the Hemera Foundation to thank. I never worried about survival. I just traveled, drifted, my mind only on questions of spirituality and meditation, something close to a modern, wandering monk. What was so wonderful was that people from all walks of life responded to this — I met dentists, Tea Party members, drunks, hipsters, Christians, atheists, and beggars… spoke with all of them about spiritual matters and, in nearly every case, gained a true response, even if only for a few seconds.

I still remember that unhappy  Tea Party member I met halfway down a mountain in Colorado whose dog attacked me because I had dark skin (his words, not the dog’s). In the middle of his rant against Buddhists and other idiots, he suddenly stopped and said… ‘Of course, I understand the need for taming the beast within’. And for moments there was something different about him, something thoughtful and sad, a space that had opened up. On another occasion I met a teenage boy in South Park (yes, the real South Park, also in Colorado) whom I spoke to for some time about what I was doing . He had never left the place where he was born and was quite unused to anything outside of his milieu, but when I left he put his hands together in namaste and bowed (without irony).

It’s moments like these that make me so excited to go back to America. Of course, I won’t have the luxury of California this time, where Buddhism and yoga seemed to have found their home. I’ll be on the east coast where people, arguably, are harder, realer, less inclined to bullshit (I word I expect to hear more than once). After New York I’ll drive or take buses and train up the coast towards Vermont, where I’ll end up at Vermont Studio Center for two weeks. Next, I’ll head to the border, and then Montreal, where I’ll serve a vipassana course. In between and afterwards, I’ll just see what arises. Like last time, this will be an opportunity for me to deepen my own practice, but it’s the potential for communication that excites me the most, communication with everyone who will read these posts, and with all the people I’m going to meet.

I once heard someone describe a talk he attended by Krishnamurti as hearing ‘something inside him that was not him speak to something inside me that was not me’. This, I think, is the best definition of spiritual relationship I’ve heard. It’s where we manage to put down our weapons, our identities, our selves, and speak without fear about this phenomenon we call life, this experience we all share, regardless of who we think we are. It’s something I find almost impossible to do under the ordinary circumstances of normal life. There’s too much to fear, too great a need for self-defence, for wariness. The only way to truly relate to others is without fear, and two years ago, after I left California, I noticed myself hardening almost immediately, a process I found painful and heartbreaking to watch (though I couldn’t stop it). In three weeks time, I’ll drop all those defences again, or at least I hope I will; who can say what will happen? But once more, I am nothing but grateful for having a period in my life where I have the freedom to do this, and I’m so happy to be able to share this with you. 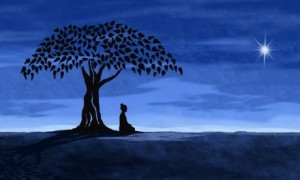