Posted on May 8, 2016 by Rajeev Balasubramanyam 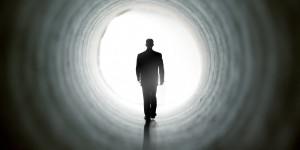 I think about death a lot. I am forty-one. One of my closest friends died at forty and the age is imprinted in my mind now. Of course, she was unlucky. I’m probably less than half way through. But my body, without question, is past its prime. I get regular injuries from playing sports, haven’t stayed up all night for years; even in my early thirties, when I still drank alcohol, I could get hangovers from two or three drinks.

My parents are almost eighty. I have to accept they won’t be around forever. There’s nothing any of us can do about that. And less than two weeks ago Prince – my idol since I was ten – died. It’s hard to come to terms with. Bowie died only months before, leaving his parting album behind, Blackstar, which I listened to over and over.  It’s the work of someone already somewhere between life and death. Next to death, all our other preoccupations seem trivial, infantile.

Since my friend died I’ve been asking myself what I believe, what I think happens when we die. For the first year, I only had one answer — I don’t know. I think I’m right in saying that the Buddha discouraged metaphysical speculation. Avoid harming others, perform wholesome actions,  purify the mind,  was his  advice — wondering about god and the universe will only confuse you. He is right, of course, but I can’t help wondering. And I think we always believe something, even if it’s a shaky, shifting belief, and what we believe informs, or even determines, how we live.

In one of my earlier posts I gave a definition of spirituality, one I’m unsure about now. I don’t think spirituality has a definition. I’m not even sure there is a distinction between religion and spirituality. Usually we say one is organised and the other not, but after a time all spirituality becomes organised. Perhaps the difference is that religion is more based around identity, and my experience shows me that my meditation is about the dissolution of identity. Identity is ego — I am one of them, I am not one of you —  division,  individuation. It leads to feelings of superiority, illusions of separateness which can grow into real hatred, religious fundamentalism, where it’s all about identity, where spirituality is forgotten.

I think our spiritual beliefs are our beliefs about life itself. That’s what I think god is — life itself — and that there is no death. There’s only life, and though we as individuals die, life goes on, and ‘we’ can never not be a part of it. I think that suffering, real existential suffering, begins when we lose sight of this, when we lose faith, and this happens to me all the time. But when I have that faith I’m at my happiest.  There have been times when I’ve looked at life as an enemy, or with contempt, as something to be hated and feared, something to run from. These have been my worst times.

Most of us are afraid of death. We’re not encouraged to talk about it. I googled death earlier, looked at the images, and they were all terrifying, threatening. Our language for it is frequently negative – ‘grim’, ‘morbid’, ‘macabre’, ‘cadaverous’. It’s something we try to hide, from our eyes and from out consciousness. A great many of us have never seen a dead body. It’s something mothers would be encouraged to shelter their children from. We see them in movies, of course, but usually after they’ve been murdered — so death becomes synonymous with hatred, with violence.

Death still frightens me. If I was sure about my beliefs it wouldn’t, but I don’t think I’ve ever been sure. I would like to be sure. I think if I was sure I’d be able to let go of fear, let go of ego, surrender to life, which is the same as surrendering to death. It’s the doubt that makes us unhappy. Doubt is good when it comes to most questions, but not when it comes to this. There are certain things we have to know and be whole enough, unafraid enough, to know we know them. I remember two years ago I spent two weeks in isolation, meditating on a mountain, and returned with no idea who I was anymore, this ‘I’, this ‘Rajeev’. It was frightening, but this was the clearest realisation I’ve had yet. At this moment, right now, I can close my eyes and think about death and see it as a a part of life, as something beautiful, wonderful, holy. Let me see if I still believe this tomorrow, or this evening.