Posted on May 15, 2016 by Rajeev Balasubramanyam

I am exhausted. I’ve had two weeks of flu now during which I ought to have stopped working, but I didn’t.  I felt like I couldn’t, and yet, in those hours when my temperature was so high that I had no option but to rest… life simply went on. I didn’t work, and nobody noticed.

It’s obvious to me now. We have alcohol, legal drugs, illegal drugs, television, pornography, and then there’s the most socially acceptable addiction of all — work.

It’s how I was brought up, an immigrant ethic, and now it’s universal, symptomatic of a late, increasingly manic global capitalism. To work hard, punishing hours used to be the preserve of the lower classes — it was how the rich made their money, off the backs of the poor, and their reward was leisure. But beginning, perhaps, with the maturation of financial capitalism in the eighties, those formerly leisured classes began to work harder than anyone.  It became routine for even middle management to answer emails at one in the morning. Middle -class children became stressed out high achievers, coming home from school or extra-curricular activities shortly before bedtime, rising early for more homework. Working hard became a status symbol, and there was a new message accompanying it all — life isn’t’ about happiness: it’s about success. The subtext was that success is happiness,  a myth  many successful people preferred to perpetuate rather than facing the first noble truth all over again. 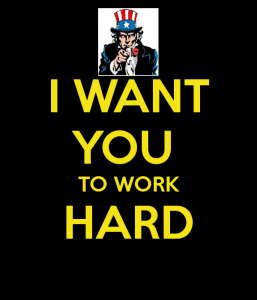 S.N. Goenka, the vipassana teacher, talks about how rich people have rich people’s suffering, and poor people have poor people’s suffering. My point, however, isn’t that work makes a person unhappy and leisure makes them happy. There are the idle, unhappy rich, and the unemployed, unhappy poor. My point is that work ceases to become fulfilling when it becomes an addiction, and it becomes an addiction when we become attached to its results, when we work not for its own sake but for the reward we hope to gain from it, such that we’re always living a few days or even years into the future.

I  know when I’ve reached this point because I stop enjoying it. It becomes a chore, a labour (the Latin root of which, laborare, can be translated as ‘to suffer’). I know from experience that even the most ostensibly unpleasant jobs can become enjoyable if one is fully present. I remember feeling disappointed at Deer Park monastery when I was given the job of cleaning the toilets, but I have only happy memories of those hours. I was absorbed in what I was doing, including the conversations I had with other meditators while working. My mind was balanced, and I was working in the spirit of service, joyfully, with love. Of course, such things are easier in a monastery, but had I remembered the lesson I learned there, the last two weeks would have been far happier.

It’s the launch of my new book tomorrow, which ought to be a happy event, but over these last two weeks my mind became obsessed with what might result. I envisaged success, I envisaged failure, and I envisaged mediocrity. None of this happened while I was actually writing the book. At that time, I was focused, equanimous, even ecstatic, enjoying that state of grace that writing often gives me. But over the previous fortnight I gave in to craving, worrying, my mind focused only on the future. One could argue that it was the nature of the work; promotion is surely more conducive to attachment than creative work. But at the end of the day, everything is a state of mind, and mine had deteriorated. To believe otherwise would be to abdicate control over the one thing I actually can control. My mind. 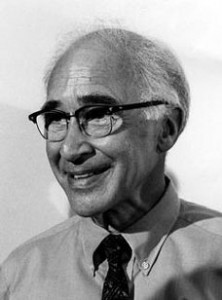 “What one really needs is not Nobel laureates, but love. How do you think one gets to be a Nobel laureate? Wanting love, that’s how. Wanting it so bad that one works all the time and ends up a Nobel laureate. It’s a consolation prize. What matters is love.” ~ Dr. George Wald, Harvard biologist and Nobel Prize winner

I’ve learned that if this grasping, craving state of mind does not change, then no matter what the result, failure or success, the misery will only deepen. Failure will bring self-flagellation, disappointment, depression, and success will bring craving for more success, dissatisfaction with what I have, and negative comparison with those I perceive as more successful… and on it will go. This is how unhappy, jealous insecure billionaires are made.

Self-help books often describe how a balanced mind can help an individual to become more successful, and while I’m sure this is true, such worldviews are often premised on success as the ultimate goal. Personally, I’m not even sure if there is an ultimate goal. There’s only our state of mind. I can’t do much else to help my book to succeed tomorrow, but I can sit for a few extra minutes of meditation in the morning. That way, whatever happens, my mind will be a little more balanced, and I’ll be a little happier.