Posted on May 29, 2016 by Rajeev Balasubramanyam

It’s my third day in New York and I’m exhausted. It’s 32 degrees and Memorial Day weekend. There are people everywhere, loud, extrovert, seemingly tireless. I don’t begin my residency until Tuesday, but I’m looking forward to it. Yesterday, by pure chance, I realised I was standing outside the Zen Center and went inside. A woman was meditating alone in front of a statute of the Buddha. Watching her, I remembered there is an escape from it all, from all the road rage and advertising outside, and from their equivalents inside my mind. 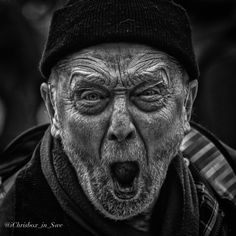 I’ve been meeting people and telling them about what I’m doing. As I expected, the response has been more cynical than in California. It’s a more intellectual response, critical, sharper, harder. It goes like this. Meditation in New York is another addition to the all-you-can-eat buffet of consumer lifestyle choices. It’s about cultural appropriation, gentrification, aspiration. Capitalism harvests, processes, and packages the wisdom of the east into a brighter, shinier, more easily digestible form. The result is laughable, even contemptible.

While so much of this analysis is correct, it fails, I believe, to acknowledge the most important aspect of these mostly white, gentrifying, appropriating, chanting, bowing Boodists in America —  their humanity.

It’s easy to do. Right now I am in a cafe in Williamsburg  surrounded by archetypal hipsters towards whom — I confess — I feel the occasional stab of hatred. I have no excuse for this. The guy behind the bar with the luxuriously groomed purple beard and matching turned up jeans has done nothing to me except to make the most perfect espresso I have ever tasted. If the truth be told, I have never actually had a conversation with a bona fide hipster. I can hardly blame them for the evils of gentrification either. It’s the real estate speculators, the 1%, who are the true culprits. But all this is beside the point. What I want to say is this: hipsters, gentrifiers, New Yorkers of every kind, the 1% included, are human. For this reason, to suggest their interest in meditation is limited to the mere acquisition of a hollow lifestyle accessory is reductive and — I believe — almost always incorrect.

It all comes back to the First Noble Truth. Everyone suffers, everyone wants to be happy, and everyone is looking for a way out of suffering.

Capitalism is inhuman. Its primary beneficiary is capital itself, and it causes great spiritual harm even to the 1%, an effect we are conditioned to ignore. New York is the heart of capitalism. My five hour walk around Manhattan confirmed this. By the end of the day, I felt sad. I could see it everywhere, the greed, the aggressiveness, the callousness, but as always, beneath that famously hard New Yorker exterior, I could see warmth, kindness, and suffering, and this was as true of the woman stepping out of a limousine, nodding to her doorman on Park Avenue, as of the man on the subway to Queens clutching at about twenty-five plastic bags while he slept, tear tracks on his grimy cheeks.

That’s capitalism, and that’s New York, and it’s the reason New Yorkers need meditation as much, if not more, than anyone else. Yes, it is a $24 billion industry, exploited and marketed by the cynical, and yes, it attracts a predominantly white and middle-class constituency, but the need is real.

I am sure it is possible to commodify Buddhism into meaninglessness. I’ve already encountered this in San Francisco and saw it for what is was: a scam. Those in attendance were being duped and exploited, a phenomenon thousands of years old. Where there are spiritual teachers, there will be charlatans. And yes, the charlatan in question was as white and American as they come, but it’s the efficacy of the practice that matters to me, not its cultural authenticity. Buddhism has adapted to conditions and social systems wherever it has gone, and if result-orientation is an aspect of capitalism then, in this context, it’s a good one.

A more serious problem is the American ambivalence towards morality, but in the end I think need will win out. So long as our goal is to increase love and compassion, to minimise hatred and harm, we can’t escape morality, and love and compassion provide a deeper long-lasting happiness than sensual gratification ever can.

This is why I remain resistant to the New York school of criticism. So long as New Yorkers are human, the need for meditation will endure. And in my three days here I’ve already seen thousands upon thousands of people, all very different, and all very human. 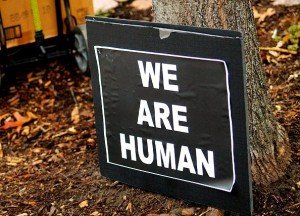