Posted on June 11, 2016 by Rajeev Balasubramanyam

I was at a literary event last week where I heard some several writers read in a bar in the east Village. I was dumbfounded by how confident they all were, as if anything short of total self-assurance belonged to another planet. I wanted to speak to one of them afterwards but felt intimidated. When I eventually found the courage to complement her on her performance I was surprised: she seemed to shrink, as if deeply disappointed with her work and with herself.

The next morning at the Zen Center the residents assured me that New York confidence is a front, an act. This made sense. We all know how competitive the city is. You can’t show weakness here. It’s the reason people don’t smile much, speak in clipped sentences. It’s necessary for survival. But it would be a mistake to confuse this with true confidence, and by this I don’t mean the contingent kind that comes with success and can be deflated by failure or even a stab of doubt. I mean deep confidence, that we can draw on when we’re down and out, when everything goes wrong.

I’ve spent much of this year trying to improve my own level of confidence. Like many — if not all — writers and artists, I have a tendency towards narcissism, the street name for which is egomania. The goal of meditation is to diminish ego, but for years I believed the antidote to narcissism was  to put myself down, to play small, to hide, confusing this with humility. Inevitably what would happen is that someone else would stand up and say what I could have said, and I would burn anger, thinking how much better I was than that egomaniac who had stolen what was rightfully mine. What I didn’t realise was that silencing myself wasn’t humility at all: it was reverse narcissism, a concept I wasn’t aware of then.

There’s a Buddhist story which helped me change this pattern. An abbot and his monks are captured by bandits who insist upon killing one of them. The abbot has to decide which. He thinks about it. One of his monks is old, another is sick, one is lazy and neglectful, one is very young, and then there is himself. As a monk, dedicated to egolessness, he wonders if he should sacrifice himself, but after a night of meditation he concludes that he ought to respect the sanctity of all life, show love and compassion for all beings, which, of course, includes himself. 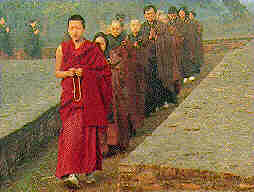 I can’t remember the rest of the story, but my point is that to devalue oneself is not humility, and is not the antidote to narcissism. Narcissism is rooted in shame, a feeling of personal inadequacy, a belief that we aren’t worthy of love, including self-love. It follows that we need to do something to get that love, that we are not lovable as we are. And so we go on stage; we perform; we write novels; we exhibit our work; and every good review, every standing ovation, every teary hug from a stranger, gives us a hit of narcissistic supply and, for a few delectable instants, we feel loved. And then the moment passes and we go out in search of the next hit, like junkies, like hungry ghosts. At it’s very worst narcissism can lead us to construct an entire false persona designed only to impress others, to attract sycophants and fans who, of course, do not love us at all. How can they? They can’t even see us.

Praise, approval, adulation, they all help to take that feeling of shame away, but it returns — it always returns — because core shame isn’t affected by praise or blame. Core shame is a constant until we see it for what it is, a demon we invited into our house.  It’s that voice that tells us, ‘You’re bad,’ ‘You’re not good enough,’ ‘You’re ugly,’ ‘You’re unlovable,’ ‘You’re stupid,’ ‘You’re pathetic’. It’s a voice I’ve heard since early childhood, but recently, the last year in particular, I’ve started to become aware of it.

I’m writing this in a cafe in Brooklyn where a ten year old black girl is sitting opposite with her mother who is telling her off for fighting with her sister. The girl is saying, ‘I’m stupid  and I get everything wrong’ and the mother keeps telling her, ‘No, you’re not stupid, you just act stupid sometimes.’ And now, from nowhere, the girl is saying, ‘I’m ugly,’ and her mother looks suddenly worried.

It’s  harder for people of colour. The messages we hear about ourselves are rarely positive. It’s the easiest thing in the world to believe we are stupid and ugly and inferior. It’s easy to go on believing this forever, no matter how much we pretend to be the opposite.

Yesterday, I was walked through Harlem and, on Lenox Avenue and 116th Street, found Malcolm X’s old temple, now a masjid. I stood on the street imagining him preaching there and almost cried with gratitude. When I first read him, aged about 19, I began to realise that all those messages I had received about myself simply weren’t true. That all the racism, all the abuse, wasn’t my fault. That I wasn’t all those terrible things I had come to believe about myself. That the voice I heard in my head wasn’t me but a malicious parody of me.

Eradicating that voice is a lifetime’s work. I haven’t done it yet, but I have arrived at a stage where, usually, I can recognize it. This is where meditation helps. It helps us observe ourselves, our thoughts, our emotions, from a different perspective. It helps me to know that that voice is not me. This way, even in the grip of shyness or shame, or can I still speak up and introduce myself. When I told the residents of the Zen Center this they told me they saw me as quite a confident person, and I wonder if this might even be true. Perhaps confidence isn’t about not feeling shyness, or anxiety. Perhaps it’s about not letting them defeat us. I was talking with a friend yesterday who mentioned how my other idol, Prince, used to frequently look awkward and diffident in interviews, mumbling behind sunglasses. And yet Prince didn’t live his life in his bedroom performing only for his mirror and cursing Michael Jackson. He became Prince. 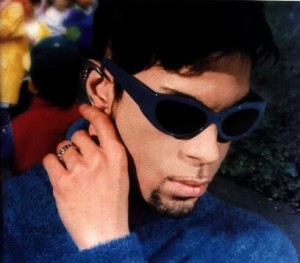 In four days I’ll leave New York for  my next residency in Vermont. A decade ago, I loved this city like a sycophant, seeing only the surface, the glamour, the narcissistic persona instead of the suffering and humanity inside. I see it now, the mental illness, the addiction, the homelessness, the frustration, the stress, the desperation, but now I love the city in a different way.

Yesterday I was riding the subway, reading, when I heard a commotion and looked up. We were at a station and a woman had slipped and trapped her leg between the train and the subway platform. The door was closing and if the train pulled away she would be seriously injured. Immediately, the entire carriage had leaped to her defense. A man in a suit had thrown himself between the doors, forcing them back open, while others had jumped onto the platform to help her. It happened so fast, before I could register what was happening, and soon the woman stood up and everyone got back inside the carriage and the man went back to his newspaper and became a surly, sleep-deprived New Yorker once more. But when I remember New York, I will always think of this. Beneath all the hardness and brashness, New Yorkers have got it when it counts.