Posted on June 19, 2016 by Rajeev Balasubramanyam

Two years ago, during the first leg of this journey, I did a course on spiritual memoir writing at Esalen, in California.

We were asked to write about our earliest traumatic memory, a moment before which things were one way, and after which they were another. I wrote about my first day at school, how I had to cross a line of children all spitting the word ‘Paki’ at me, a word I heard every day until I reached adulthood. I’ve often wondered what my life would have been like had I never had this experience, had I never heard that word.

It could have happened. A few years ago my father told me that after accepting his job at Lancaster he was offered a job at Yale, which he turned down because he had already committed to Lancaster. And so, all these years, I’ve had images in my head of a parallel life as an Indian American in New England. I’ve spoken with Indian and Asian American friends about this: some say they never encountered any racism, others that their experience was limited to that supposedly benign, middle-class mockery that nonetheless slowly eats away at self-esteem and soul. None, however, reported the sort of violent, hate-ridden execration that I experienced.

Although I was born in England, I lived in Boston for a year when I was three, and it was only when I returned to Lancashire that my experience of racism really began with my first day at school, my new identity as a ‘Paki’ instead of as a little boy. In fact, my earliest memory is of America. It’s of a small playground on a grassy green slope, at the bottom of which is a large outdoor swimming pool.  My mother had taken me there  after kindergarten, my sister too, who was at primary school nearby. It was sunny that day. I’ve dreamed of it. It’s my happy place, a snapshot of the moment before the fall.

I left New York two days ago for Providence. The train stopped at New Haven, where Yale is, where I would have grown up had my father’s job offer come just a little earlier. I stared at the sign, wondering what my life would have been like. To my surprise, New Haven looked quite grim, not entirely unlike Lancashire. 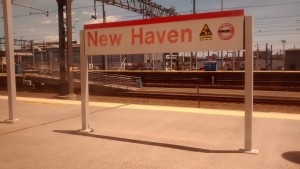 I spent the night in Providence then rented a car then next morning, en route to the Wonderwell Retreat Center in New Hampshire. Along the way I stopped at Harvard, just to see the university. I sent a picture of Harvard yard to my mother who replied that when I was three, we used to live in Belmont, not far away.  When I returned to the car I put Belmont into the GPS. Rush hour was approaching, so prudence suggested I should give it a miss, but I didn’t. Instead, I negotiated the ex-Boston traffic and arrived at Belmont half an hour later.

I drove around for perhaps twenty minutes, staring at the public library and the dentist’s office, wondering if I’d ever been there. And then I saw it. A pool with a green slope behind it and a playground near the top. It precisely matched my image in my memory, in my dreams. But the memory was almost forty years old. Could this playground really have been here for forty years?

I parked and ran across a busy street, ascending the slope, staring at the playground. I saw a woman walking her dog, asked her how long it had been there. She said she remembered it from her childhood (she looked about my age). I took several pictures and sent them to my sister who, five years older than me, remembered it too, reported having swimming lessons in that pool and hating them because she was the only one who couldn’t swim.

To me, at that moment, it was infeasible that anyone could hate anything about Belmont. I was half-crying, gazing at all the beautiful homes, the green spaces, the nice kind people, the confident well-adjusted children. Everyone looked happy there. Of course they did. This was heaven, for me at least, the real world equivalent of Sesame Street which I had watched three times a day while I was there, and I didn’t want ever to leave.

But I did leave, arriving at my retreat centre in New Hampshire as night was falling whereupon I meditated and fell asleep. The following day, I thought about what had happened and came to a few conclusions.

Had I grown up in Belmont, or New Haven, or New Jersey, I might still have encountered racism, though in all probability I would have escaped the more visceral trauma of growing up in Lancashire. But to imagine that I would have been as happy as Big Bird the entire time was a delusion.

Suffering is universal. Suffering is everywhere. Some environments are worse than others,  but the mere experience of being alive guarantees suffering. It finds us no matter what.

My Belmont fantasy, though understandable, was still fantasy, a particular kind of craving that the Buddha called bhava tanha. Bhava tanha creates more suffering because it leads us to bemoan our fate, to blame others, to think of ourselves as martyrs or cursed souls leaving us depressed or angry or even suicidal.

The solution is to accept suffering, to find a way to carry it rather than trying to run from it or being defeated by it, and to do this, we have to accept our reality, to give up wishing it could be, or had been, different.

That happy memory of Belmont will stay with me, and this is no bad thing: what’s important is not to become attached to it, not to pine for it. The past is over and the present is right here. I was angry about racism for years, believing there was no way out until I learned that external reality doesn’t have to be the sole determinant of our happiness. There is also the inside. The mind. By working on our minds, we can change our experience of reality, our reaction to it. Suffering will always be there. And Sesame Street doesn’t exist, at least not in the real world. Believing it does will leave us in a permanent state of craving and misery. If I didn’t know this before, I know it now. 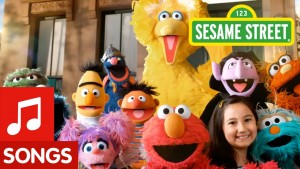